Phoebie Poole: We believe in ourselves more this season

Cardiff City striker Phoebie Poole has praised the team’s staff and her team-mates following their impressive start to the Genero Adran Premier season.

The Bluebirds are currently top of the table, having taken 19 points from 21 available in the first seven matches. Their perfect start to the campaign only came to an end last weekend when they conceded a 93rd-minute equaliser to draw 1-1 against Pontypridd United.

After finishing third last season, Iain Darbyshire’s side have come out firing this time around and Poole believes the belief at the club has played a big part in that.

“We’re in a really good place at the moment,” the teenager says. “We are believing in ourselves more and our confidence is through the roof. I have to give credit to the staff as they put in all the hard work behind the scenes to make sure we do everything right.

“Credit to the girls too as we have changed formation this season and they have dealt with it really well. Everyone is working really hard and we have such talented players who execute the plan each week.”

Poole is certainly playing her part in the Bluebirds’ attack, contributing five goals in the Genero Adran Premier so far this season – including a brace in the 2-0 win over rivals Swansea City.

It comes after she netted 11 times last term and narrowly missed out on the league’s golden boot award, but her eyes are firmly on that prize this year. 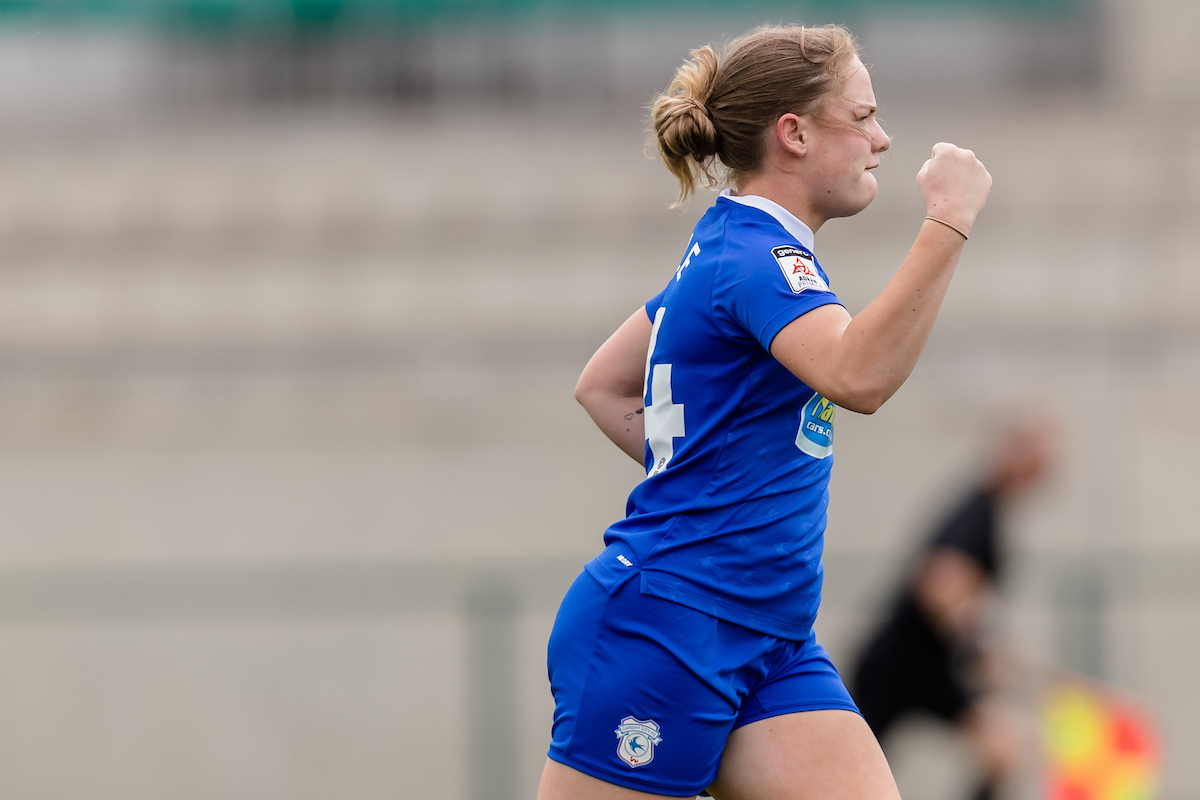 Poole has other motivations to perform too. In June, she was called up to the Cymru senior squad to be part of a two-day development camp as the team prepared for their crucial FIFA Women’s World Cup qualifiers. It gave the forward a taste of what could await if she continues to star for Cardiff.

“It was amazing, a dream come true,” Poole says of her experience in the summer. “I was starstruck going into camp! Seeing all the unbelievable players just motivated me to keep working hard at the club and hopefully I can get that opportunity again soon to show them what I’m about.”

Poole and her team-mates will showcase their talent to a larger audience when the Cardiff City Stadium hosts their Genero Adran Premier fixture against Abergavenny on 16 November.

The Bluebirds have announced that over 3,000 tickets have already been snapped up for the game, which would break the record for the biggest attendance at a women’s domestic game in Wales.

“It’s amazing to be playing at the Cardiff City Stadium,” Poole says. “Not only for us, but I’m sure for Abergavenny too. It’s great for the Adran Leagues and it is a chance for us to show how much support we’re getting for the women’s game.

“We’re really grateful to the club for giving us this opportunity and it’s amazing seeing the number of tickets sold. It’s a lot of pressure, but hopefully we can use what Iain tells us and execute it right. Hopefully there will be little girls there who we can inspire to play for the team one day.”

Cardiff City v Abergavenny is being played at the Cardiff City Stadium on Wednesday 16 November, kick-off 7:30pm. You can purchase tickets here.