Two city rivals will compete to become inaugural champions of the Genero Adran Trophy as Cardiff City and Cardiff Met meet in Sunday's final showdown, which will be streamed live on the Genero Adran Leagues Twitter account.

It is set to be a close encounter at Newport's Dragon Park, with only one place separating both sides in the Genero Adran Premier table.

We've picked out six key players who could decide which part of the capital the Genero Adran Trophy ends up in this weekend. 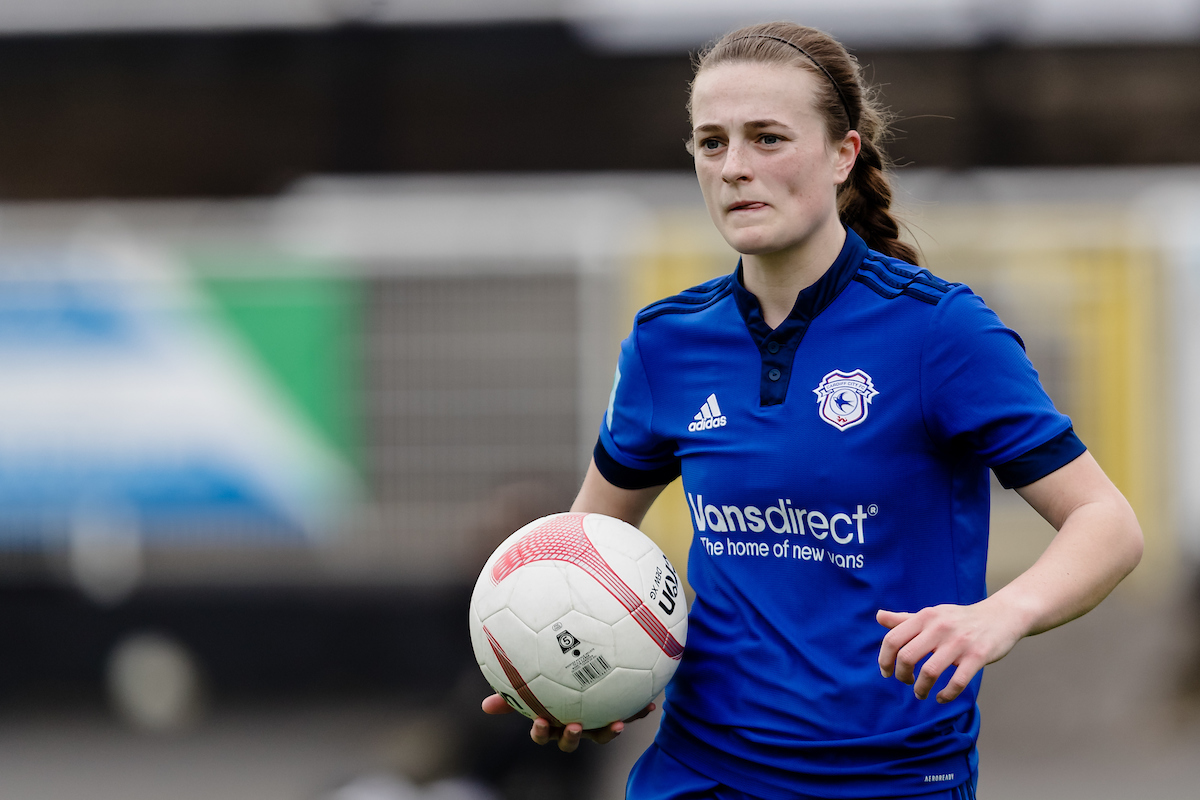 Defender Ffion Price, who earned a cap for Cymru’s senior team back in 2015, has become a crucial part of Cardiff City’s defence since joining the Bluebirds back in September 2020. An athletic full-back, Price is comfortable playing on either the left or right side of defence and is also a set-piece specialist with a wand of a right foot. The 24-year-old has added assists to her game this term and built a reputation for scoring wonder goals, with the defender staging her own goal of the season competition. She also scored and provided an assist in the Bluebirds’ 5-0 win over Aberystwyth Town in the previous round to help them seal a place in the final. 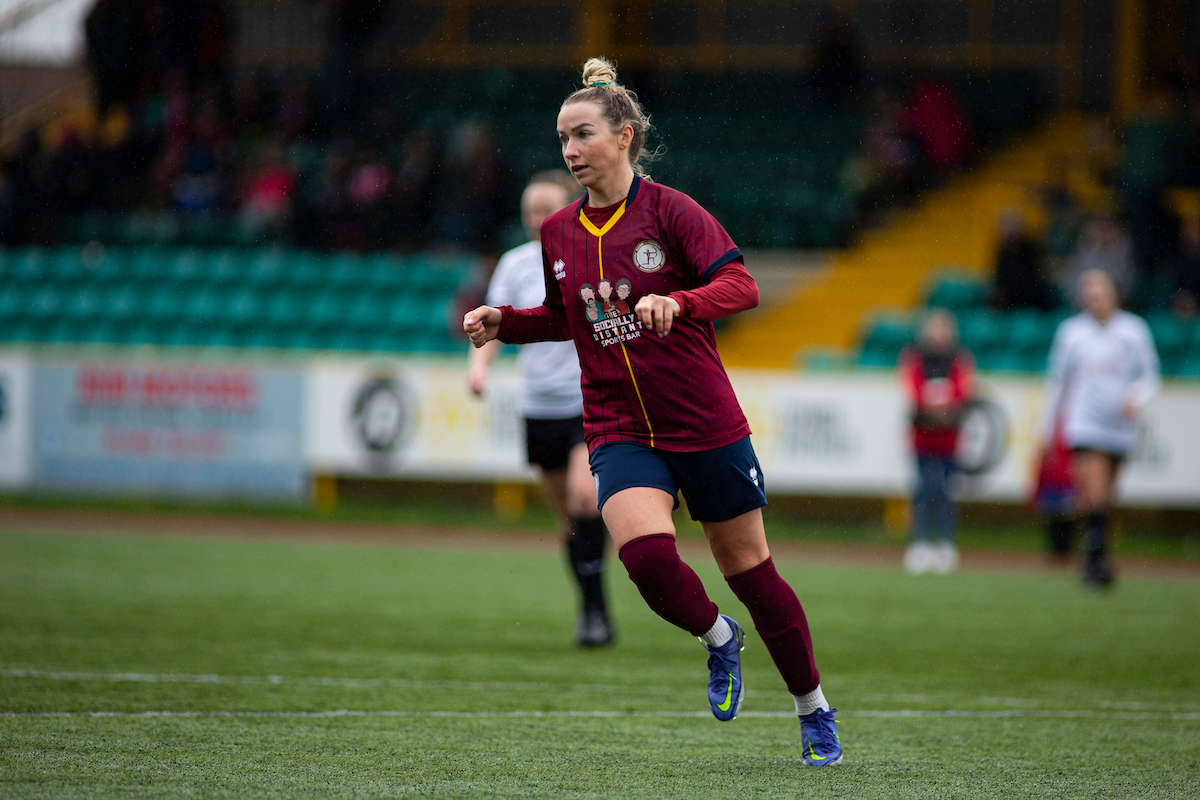 Striker Emily Allen returned to Cardiff Met at the start of the campaign following a spell with Oxford United in the FA Women's National League. The 30-year-old lifted plenty of silverware during her first stint with the Archers and has a vast amount of experience playing in the top flight in Wales. She has picked up where she left off at Cyncoed Campus with an impressive campaign that has seen her rank among the leading goalscorers in the Genero Adran Premier. The striker also has three goals to her name in as many games in the Genero Adran Trophy and scored a brace in the semi-final against The New Saints. 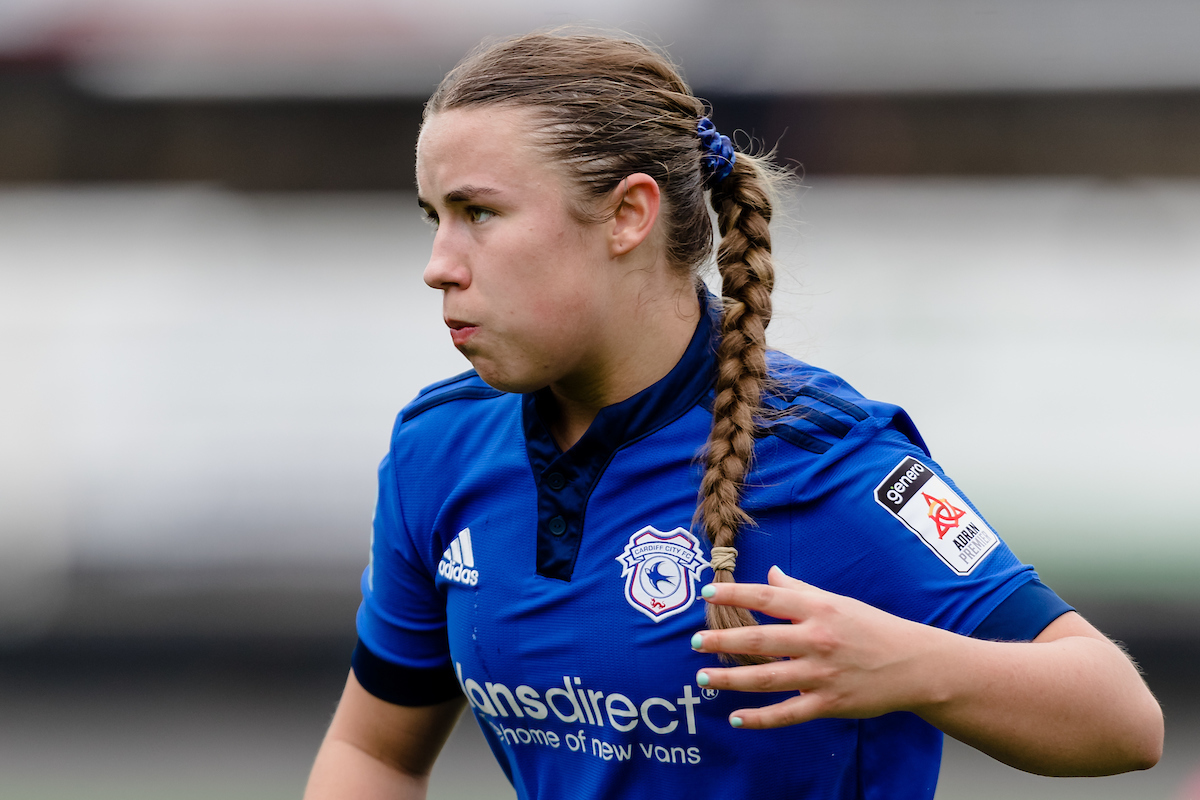 Seren Watkins has developed into a key cog of the Bluebirds’ midfield since making the switch to the capital from Pontypridd Town last summer. Playing in a defensive role, Watkins has been tasked with disrupting the opposition’s attacks and protecting City’s backline, which has allowed Iain Darbyshire’s attacking players to express themselves further up the field. The 18-year-old has a great reading of the game and has been one of the standout players for the Bluebirds this term. Watkins’ performances this season have resulted in her earning call-ups to the international stage, where she has represented Cymru’s Under-19s in recent months. 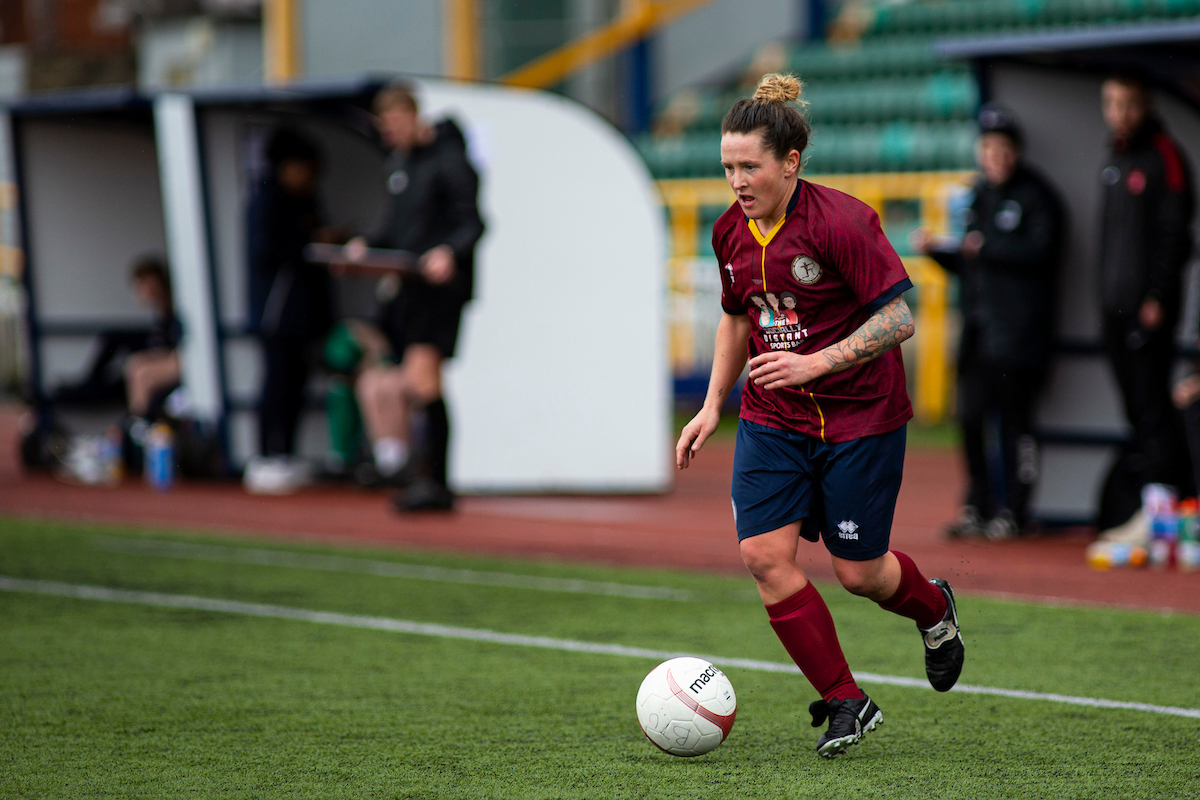 Laura-May Walkley has caused plenty of problems for defences across the Genero Adran Premier this season and grabbed eight goals in Phase One. The playmaker has been instrumental for the Archers in pulling the strings and formed a strong partnership with striker Emily Allen. Walkley’s goalscoring form has continued in cup competitions as she hit a hat-trick in Met’s convincing win against Llandudno in the last 16 of the Genero Adran Trophy. Cardiff City will be well aware of Walkley’s capabilities after she scored a brace against them when they met in the league earlier in the season, and Iain Darbyshire’s side will look to keep her quiet in the final. 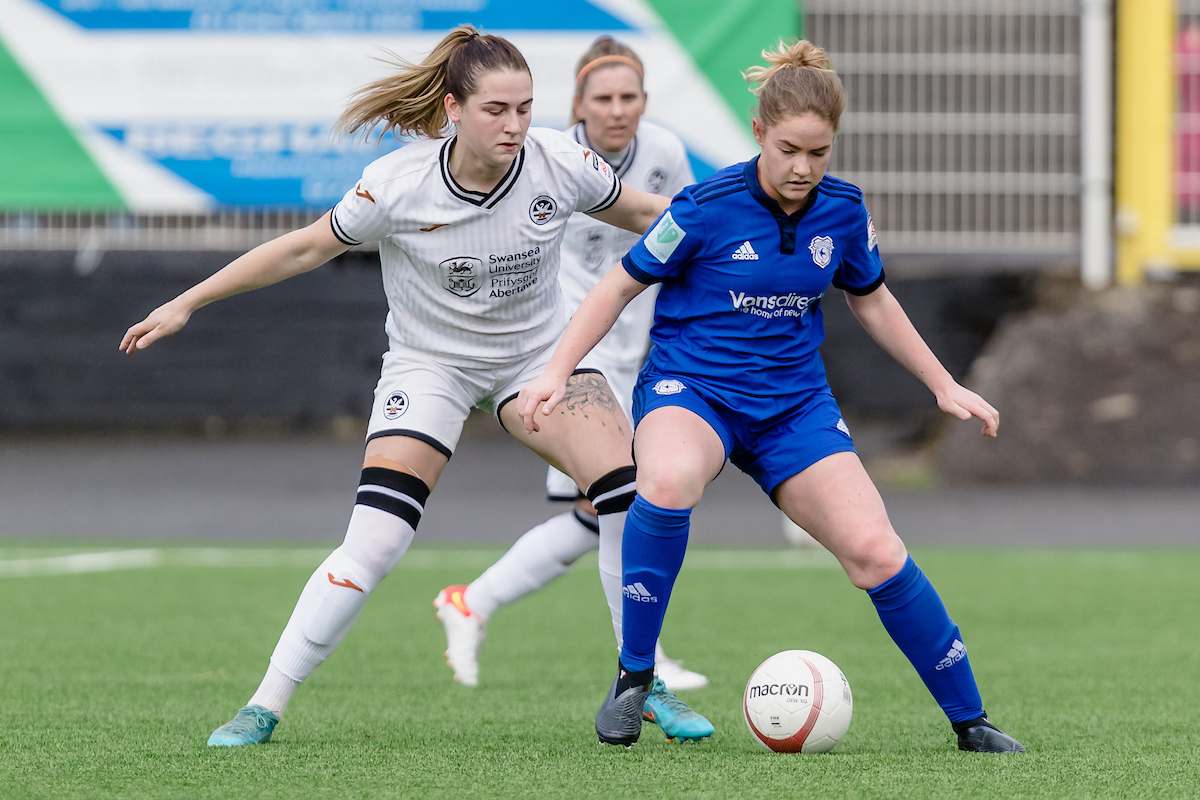 Starlet Phoebie Poole has been in remarkable form for the Bluebirds this season, with the youngster sitting as one of the highest goalscorers in the Genero Adran Premier. The 17-year-old has been clinical with her finishing and chipped in with 10 goals in 14 games in Phase One to help the Bluebirds secure a place in the Championship Conference. She is now closing in on 20 goals in all competitions this season and her performances at club level have also led to her representing Cymru's Under-19s. The striker netted five goals in two games on the international stage back in October to help Cymru earn promotion to League A for round two of the UEFA Euro qualifiers. 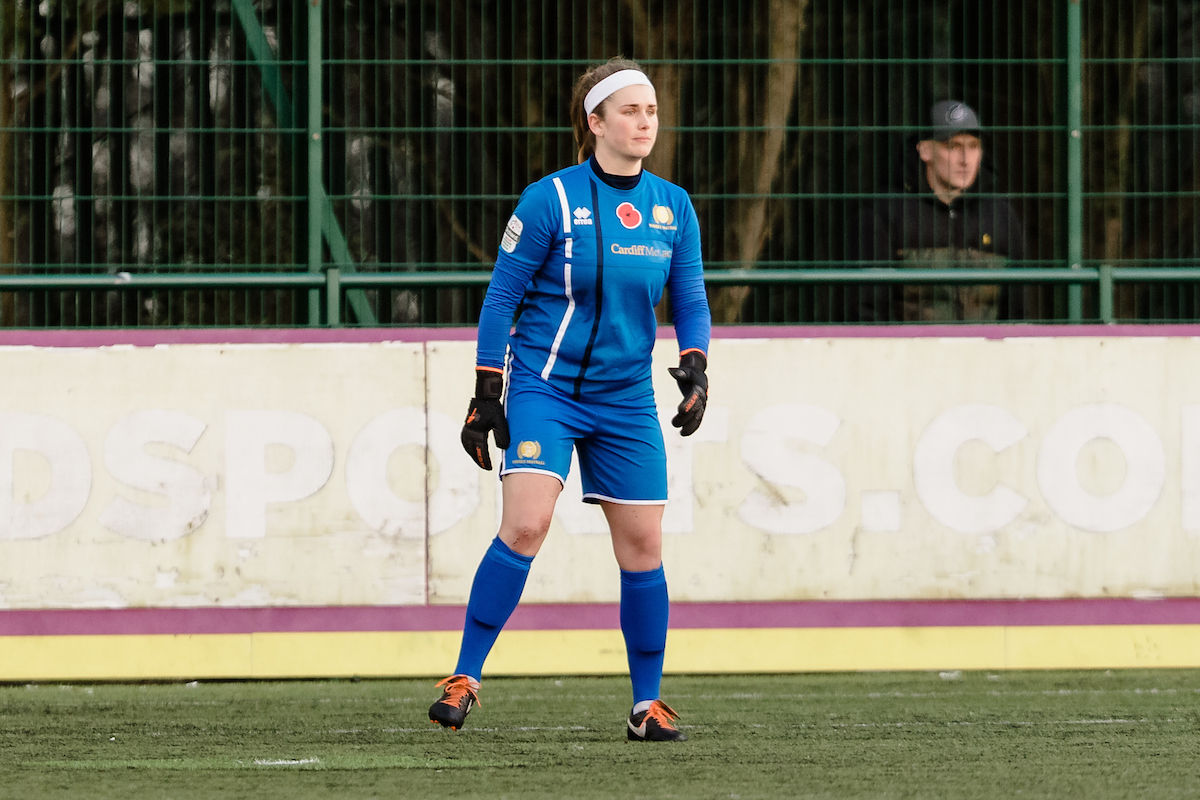 Annabel Sweeney was the hero for Cardiff Met in their Genero Adran Trophy quarter-final clash with Swansea City in January. The Texas goalkeeper kept out spot-kicks from Kelly Adams and Laura Davies in the 4-2 penalty shootout win over the Swans to help her side on their way to the latter stages of the competition. Sweeney has also cemented herself as Yzzy Taylor’s number one choice between the sticks in the Genero Adran Premier this season and her performances have played a part in the Archers having the second-best defensive record in the top flight.