September marked the start of a new era in Welsh domestic football as the Genero Adran Leagues got under way.

Plenty of exciting fixtures have unfolded across the three leagues, but which players have stood out so far this season?

Rosie Hughes has taken the Genero Adran North by storm this season with the striker having netted 22 goals in nine league games.

Hughes, a regular in the Genero Adran Leagues Team of the Week, has four hat-tricks to her name so far this season and has formed an impressiver partnership with teammate Amber Lightfoot.

She currently sits as the league's top goalscorer and her goals have been key in Wrexham's rise to second in the table.

Lucy Powell has been an ever-present figure at the heart of Briton Ferry Llansawel's midfield, with the 22-year-old having played every minute (630) of their Genero Adran South fixtures so far this season.

She has excelled in linking her side's defence with attack with her performances in the middle of the pitch, which have paved the way for chances in front of goal for Isaac Berry's side.Powell's also got two league goals to her name and will doubtless be key in Ferry's hopes of finishing at the summit. 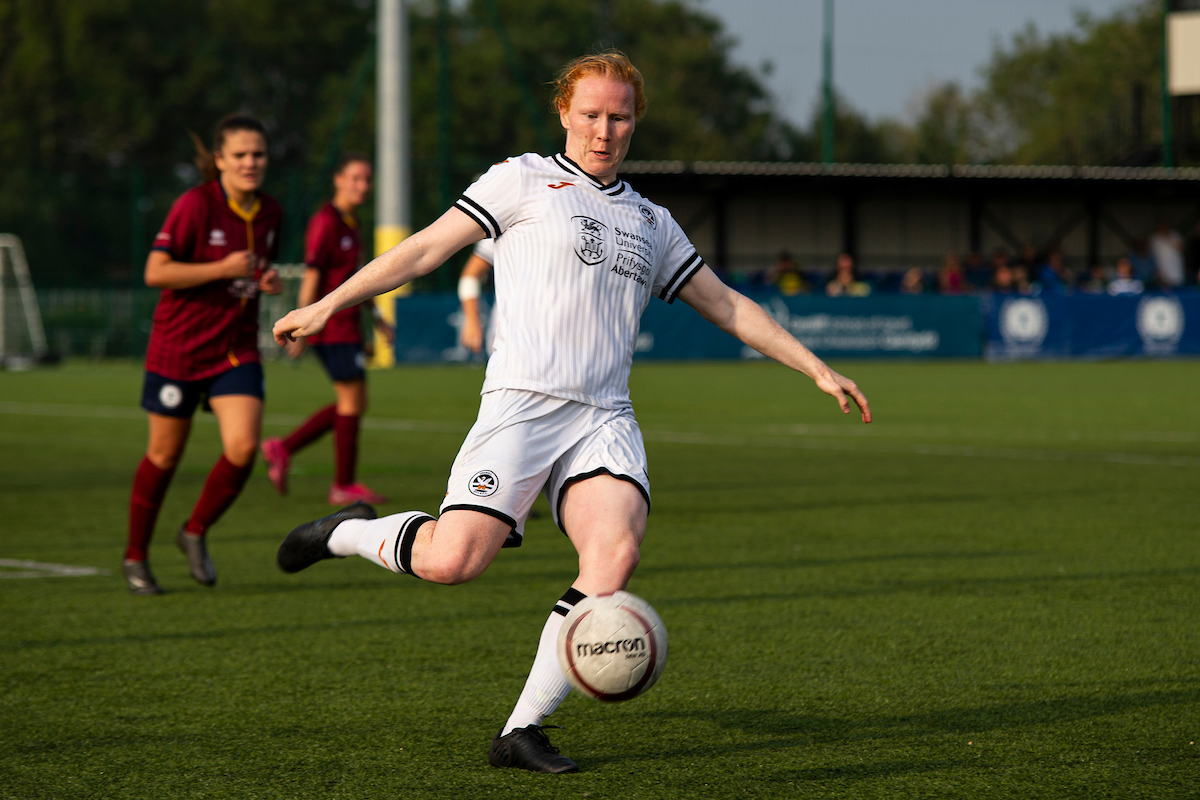 Defender Shaunna Jenkins has been another key component in Swansea City's backline once again this season.

The defender has chalked up nine clean sheets in the Genero Adran Premier so far this season, helping the Swans keep their remarkable unbeaten run in tact - the last time they lost a game in the top flight was back in October 2018.

The centre-back has also chipped in with three goals to help the Swans on their way to becoming the front-runners again this term.

Ffion Ashman played a starring role in helping Aberystwyth Town claim a place in the top half of the Genero Adran Premier table on the final day of Phase One.

The goalkeeper has been a reliable figure between the sticks for Gavin Allen's side, with Ashman being the only shot-stopper in the league to chalk up a clean sheet against leaders Swansea City so far this season.

Mari Gibbard's brace and assist on the opening day against Airbus UK Broughton was a sign of things to come from the Bethel forward.

She has been a prolific provider for the Genero Adran North outfit in their rise to fourth in the table, while they also have played two games few than the leaders Connah's Quay Nomads.

The striker, who has fired in nine, has been involved in more than 20 of Bethel's goals this term.

Lyndsey Davies has played 512 minutes for Abergavenny in the Genero Adran South this season and has been a consistent performer in front of goal for the Pen-Y-Pound Stadium outfit.

Davies is the league's leading goalscorer with 11 goals to her name this season, while she also has a handful of assists to her name.

The striker has also shone in the Pennies' cup fixtures and her form will be key to her side's hopes of finishing at the top of the table at the end of the campaign.

Cardiff City starlet Phoebie Poole has been in impressive form for the Bluebirds this season, with the youngster sitting as the joint-top goalscorer in the Genero Adran Premier.

The striker has been clinical with her finishing and chipped in with a goal or assist in all bar one of the Bluebirds' last six league fixtures, netting her third brace of the campaign against Aberyswtyth Town in November.

Her performances at club level have also led to her representing Cymru's Under-19s on the international stage, where she has continued her goalscoring form.

COVID-19: Update to the status of Genero Adran Premier